estled in the foothills of the eastern mountains in the US, just outside the village of Greenville, West Virginia, Cedar Cove is the institute’s international home. It is a place where our volunteer staff comes together to design new programs or just to recharge and find out what’s happening with our work around the world. The Great Hall, with its hand-forged wrought iron, massive beams, and unusual stone fireplaces, provides the perfect setting for our sessions. It represents a celebration of the world’s cultures and mythologies, an unfolding dream of the energy and talents of many institute members. When people ask why we call the institute’s international home a “cove,” we explain that in the eastern mountains of North America during the early days of European settlement, a cove was a small valley, often hidden in the forested folds of the land and not easily accessible. Today, we like to think this place is a cove for an additional reason . . .

Cedar Cove is brimming with life that began in water and remains largely composed of that liquid. Once the microscopic forms in Earth’s primordial seas managed to capture photons of starlight bathing the planet’s surface, they used that energy to birth what would become a remarkable panoply of life on this “Goldilocks” planet. And today the eastern forests covering the land mass containing Cedar Cove fairly burst with the resulting fecundity. Taking a walk in the Cove is like paying homage to the interplay of encapsulated water and the light of the stars. The thousands of woody columns populating swaths of the Cove’s landscape support a vast array of light-catching transformers of energy, while the never-ending flow of the planet’s liquid of life courses through those columns and transformers to support a grand temple of living things. Much of that life goes quiescent for several months when less light and heat reach this part of the planet as it revolves around its parent star, but it bursts forth again in thin packets of water editing the sun and unfurling in an annual rebirth of reds and greens. Great numbers of other water-bearing creatures, supported by those undulating waves of color – from tiny forms of life in the soil to the humans walking upon it – provide a veritable kaleidoscope of colors and shapes dancing in the renewed sunlight. The fresh exuberance of an Appalachian spring, followed by the humming tranquility of summer, and the touching melancholy of autumn is a magical experience repeated year after year. There are few places on Earth where the diversity of life exists so richly as the mid-range of the ancient Appalachian Mountains.
From its spring-fed streams, cool hollows, and panoramic mountain vistas to the monarchical trees, ancient glens, and dramatic caves, Cedar Cove reverberates with Earth’s natural flow of life, and volunteers from around the world have left their marks on its land and structures. Recently, those volunteers have been developing several innovative Quest Trails and Gardens as a contemplative experience for adults, encouraging them to reflect upon their relationship with the planet and its life. That relationship remains the qreat dilemma of our era and the outcome remains uncertain. The institute wants to make a contribution to thinking about it, and acting upon it.

The homeland of the “Tellurian Gnomes,” those imaginary little people who look after the treasures of the planet, and lighten up the heavy prose in Earth Education … A New Beginning, lies just over the hills behind Cedar Cove. There visitors find rolling land dropping away to a marvelous natural glen which harbors dramatic entrances to three cave systems. One of them, designated a National Natural Landmark (like the Grand Canyon, Yosemite, and Yellowstone), provides a wonderful opportunity to explore beneath the crust of the planet. A bubbling stream emerges from a natural grotto, then winds around “Old Leaf” on a grassy knoll before tumbling down a slope and disappearing again at the base of an imposing cliff. Inside, there are immense chambers, flowstone domes and bridges, siphons and chimneys, plus interior waterfalls and pools. A particularly large chamber, known as the “Singing Cave,” was used by church groups over a century ago due to its size and acoustics. There are several miles of subterranean passages on different levels, some of which were mined for saltpeter in the 1800’s (the tracks are still visible where the carts were pulled in and out). 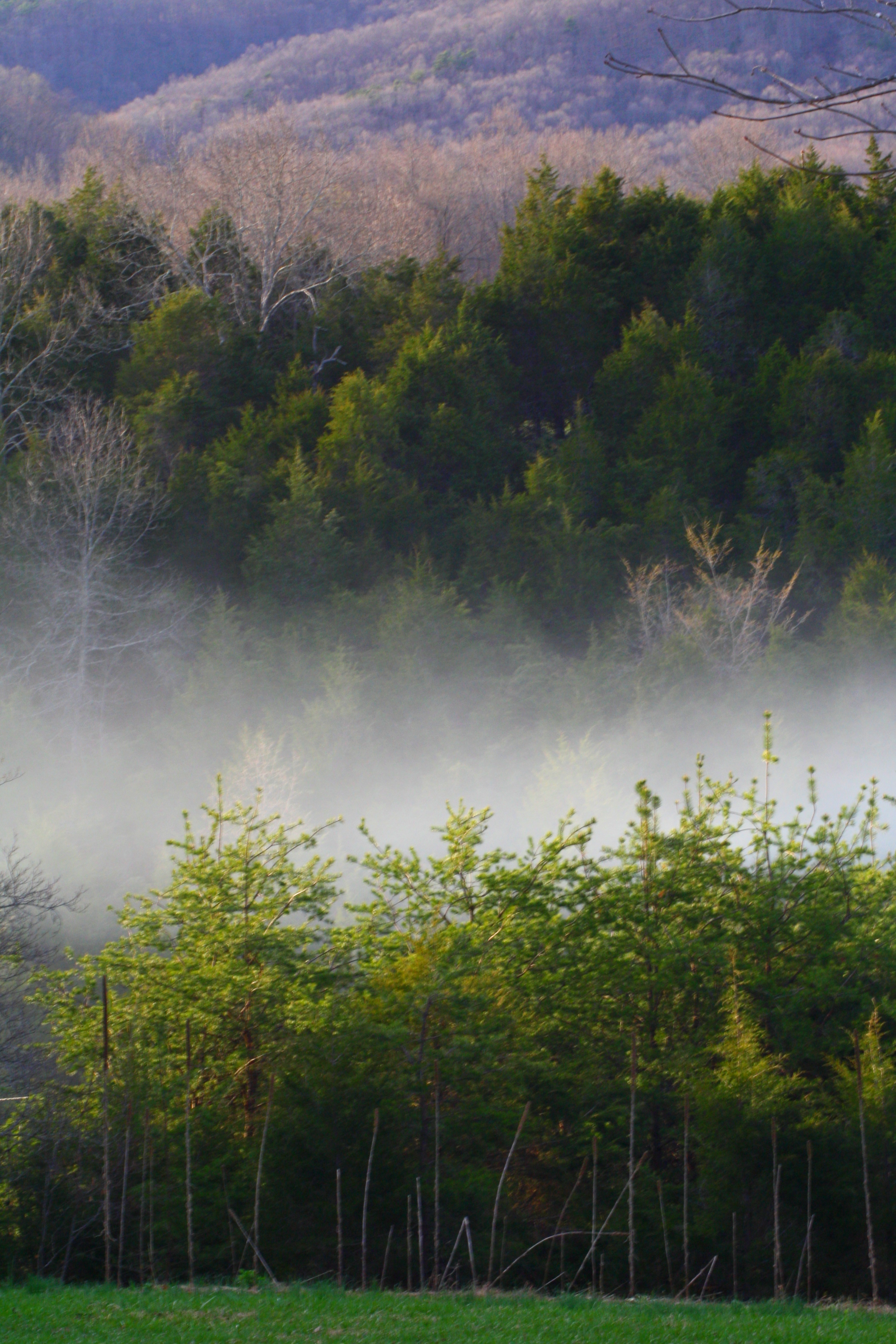 The Chronicles represent a compilation of various facets of the institute’s international home and its development. In earth education we say that a healthy and joyous relationship with the planet we share comes from the head, through the heart, to the hands. Clearly, that’s the case with Cedar Cove (although some have claimed after visiting that it should be from the heart, through the head, with the hands). In either situation, the Chronicles document the contributions and reflections of all those who have made the “Cove” possible. We would welcome your support.